Nobody panic – but I think I might actually be on the way to publishing two recipes in one week. It’s a Christmas miracle (in August)! I’ve completely run out of fun stories or anecdotes – we’re officially been quarantining since March, and haven’t been anywhere or done anything interesting since…I’m going stir crazy!

But uh, I guess there is one kind of cool thing happening in our world right now…Todd and I are building a house! And it’s almost done! We bought the biggest lot in a brand new neighborhood and are building a ranch plan using a local builder. The house is amazing, but the best part is that we have THREE pantries. I cannot wait to start baking in my new kitchen!

But until then, let’s focus on whittling down my existing to-do list. Which includes this, and about 7 other recipes I’ve had sitting in the queue since before COVID-19 existed. This one is a fantastic side dish that will win over even the biggest Brussels sprouts haters. The recipe comes from Christine Gallery at the Kitchn. I haven’t changed any of the ingredients, but I have streamlined the instructions to make it a more-approachable side dish for any busy weeknight. I hope you enjoy it! 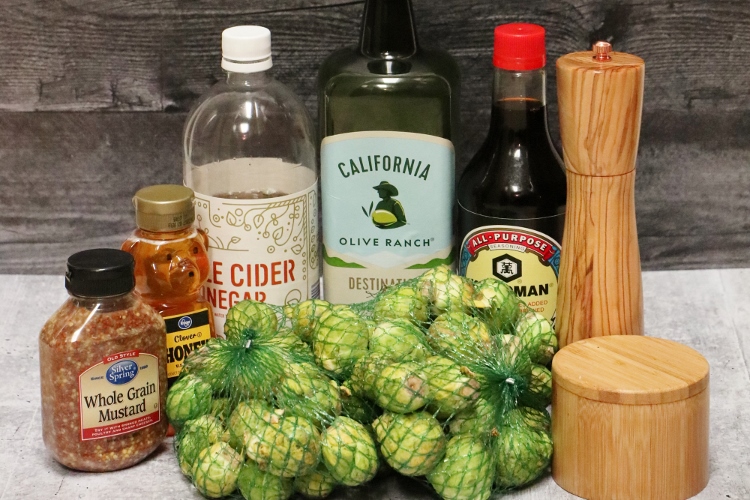 First, wash and trim the Brussels sprouts, then slice in half lengthwise (through the stem). Add all the cut sprouts to a large bowl and toss with olive oil, salt, and pepper.

After tossing the sprouts with olive oil, salt, and pepper, spread them in one layer onto your large baking sheet

Spread the Brussels sprouts onto a large baking sheet and roast for 15 minutes. Remove from the oven and toss, then roast for another 12-15 minutes. 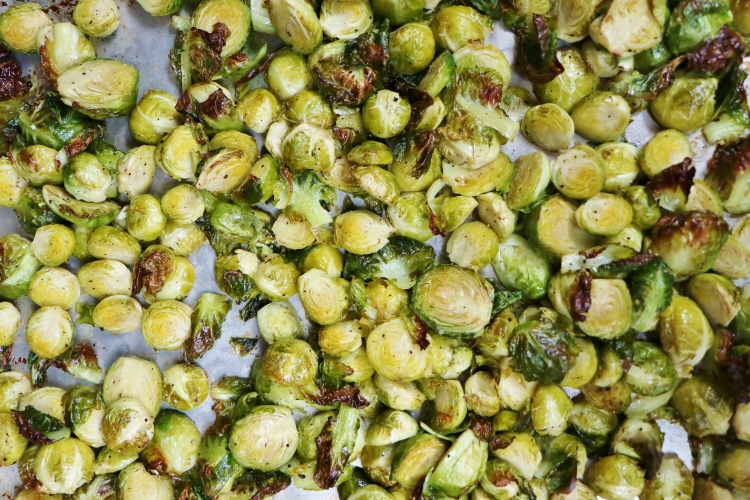 After about 30 minutes, the outer leaves of the sprouts will begin to crisp 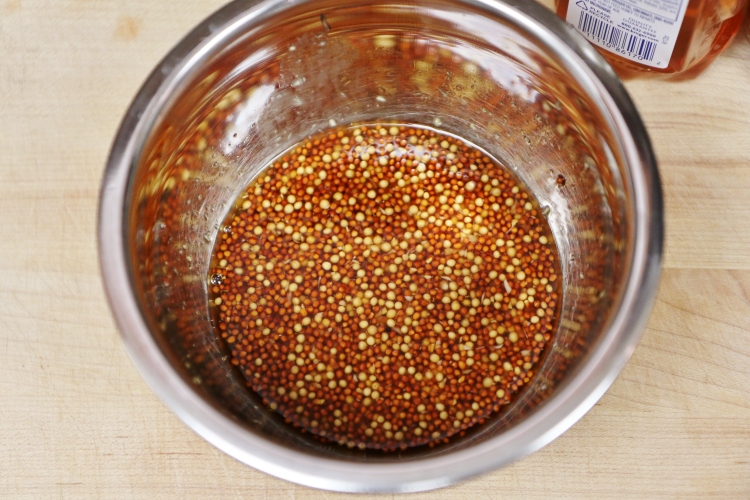 Make the dressing in the same large bowl you used for tossing the Brussels sprouts (it saves dishes!) 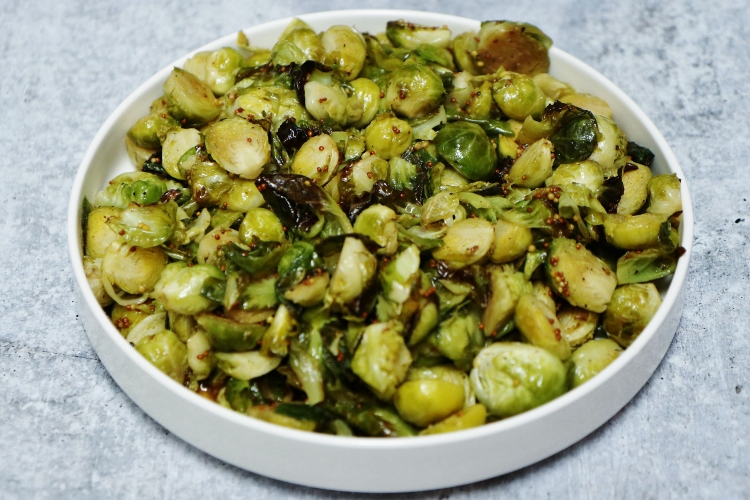